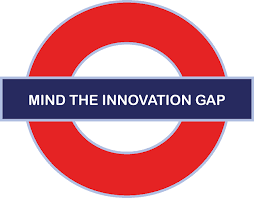 Have you ever come up with an idea to improve a product, service, process or team, that you thought had “legs”, but which never really got traction in the organization?

It is easy to get frustrated in this situation, but identifying and overcoming barriers to change is a critical skill in today’s world of continuous improvement and innovation.

But, it turns out that simply making your idea sound attractive typically won’t cut it, according to research.

What makes a bullet fly toward its target?

The answer may seem easy: gunpowder. But there’s more to it than that. The gunpowder fuels the explosion that propels the bullet forward. But, in order to hit its target, the bullet needs to be aerodynamic to reduce the friction generated by wind resistance.

Two Kellogg professors see this as the perfect analogy for how innovations do, or do not, hit their targets.

There’s the fuel of the new product or idea—the compelling features meant to draw people in—but there are also frictions to be considered—the sticking points that make people less likely to adopt something new.

Yet, they say, many of us think only about fuel and ignore friction.

This is where the four types of frictions come in.

Inertia: Does the idea represent a major change?

Effort: What is the cost of implementation?

Reactance: Does the audience feel pressured to change?

This approach works across cultures, they say. And it works for innovators of all types—whether you’re advocating for a new product, a departmental restructuring, or a social movement.

“The ideas here apply to change of really any form,” to “anyone who’s trying to bring something new into the world.”

You can read more about these ideas of overcoming barriers to change, from Kellogg professors Loran Nordgren and David Schonthal, in this 4 minute article here ..