May we live in interesting times !

2011 has been a year of both turmoil and progress in the world and in many businesses. It’s certainly been a roller coaster ride! 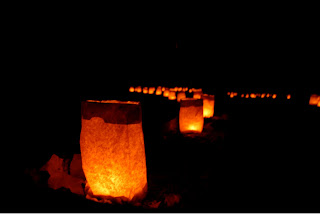 Ups and Downs . . . Looking back, January 1st saw Estonia officially adopt the Euro currency and become the seventeenth Eurozone country. But the Euro became a much bigger story during the year and remains so, not just for governments and banks but also for businesses trying to predict and manage how their operations will fare across the region. We saw euphoria and tragedies of the ‘Arab Spring’ which continued through summer and autumn into winter and there is still a long road ahead there. Earthquakes, tsunamis, nuclear emergencies, terrorist attacks and flooding became a major part of the 2011 narrative as well as the governmental debt crises for most of the ‘developed’ world. In the UK, we had both the ignominy of televised riots for the first time in 20 years as well as some light relief and an extra day off work for the wedding of Prince William and Kate Middleton at Westminster Abbey in London. The United States formally declared an end to the Iraq War and it was reported that the secretive North Korean regime is in a state of uncertainty following the death of the ‘Great Leader’.

The world welcomed its 7 billionth inhabitant this year, fuelling concerns on fresh water, food and energy availability and price.
Isn’t that more than enough for any 12 month period?
Evolutionary shifts?
HP suffered another abrupt change of leadership, to contrast with IBM’s more orderly and un-newsworthy one! For the waning stars, who would have expected a few years ago to be speculating about the future of RIM and the ‘Crackberry’, but they have certainly had an ‘annus horribilis’.
Talking of bad years, after a decade of regulatory tightening to protect investors and employees, MF Global went spectacularly ‘bust’ after making more bad bets than it could handle and it seems somewhere between 600m and 1.2bn dollars has gone ‘missing’! The Accounting and Assurance profession is once again under the spotlight as is ‘risk taking’ without personal risk.
On the more positive business side, Apple once again hit the high spots with its technology across the board, but especially with the voice activated ‘personal assistant’, Siri, that has captured so much of the public imagination. My colleague and co-founder at Consider, Dr Tom Gruber, is the architect of the Siri technology and I can see this changing the landscape for what we see today as both ‘search’ and ‘user interface’ technologies. Sadly, in the same year, we saw the passing of Steve Jobs, but he has left us an amazing legacy! Amazon, of course, continues to amaze with its inexorable domination of online retail and move into cloud services. Mobile applications, social platforms, cloud/SaaS, ‘Big Data’ (analytics & monitoring) and security assurance all look like continuing to increase in interest and applicability.
At Consider we have expanded our operations with new clients in Asia, the US and South America, as well as our home turf of Europe. We continue to work hard to advance the state of the art of continuous exception monitoring for risk & compliance as well as for driving performance improvement. We have made some great strides in this respect and are very grateful to our clients worldwide for their confidence and investment in us.
From the experiences of 2011 it seems that many more governments, institutions and businesses could benefit from a some ‘continuous monitoring’ to avoid nasty shocks and to maintain transparency!
My talk entitled ‘Continuous Assurance – The Next Frontier’ for management and audit was well received at the ISACA NACACS conference in Las Vegas and was also presented at IIA chapters and delivered as a webcast. You can see it here if you want something to intersperse the excesses of the holiday season! I can’t guarantee it won’t drive you to drink, only that I can claim a festive catalyst . . . .
We also delivered an interesting event entitled ‘Finance Transformation – The Next Chapter’ which proved a big draw worldwide, as did our client specific update webcasts and our recent BMW client case study under the ‘GRC Success Stories’ banner.
On the recommendation of a friend, my curiosity was fuelled by an excellent book entitled ‘Genome’ by Matt Ridley. By far the best book of my year, with a light and occasionally humorous touch, exploring the topics of genetics, evolution, disease, population movement, sociology and philosophy (to name a few!) from the perspective of the successes in decoding the human genome. A genuinely fascinating read . . .
Looking forward to 2012
I have made a few New Year resolutions myself, not just the obvious ones relating to driving our continued focus and growth as a business and as a team, but others that have been, in part, stimulated by some of the more thought provoking experiences of this last year;
Let’s see how I get on!
Finally, as we approach the festive season and the New Year, take a look at this very amusing, warm and brief video of Siri at Christmas http://techwhack.com/apple-iphone-4s-santa-claus-760/
Happy Christmas (or ‘Happy Holidays’ if you don’t subscribe to that!).
I wish you all the best for 2012.
Dan